## Thai Food Highly Rated Internationally ##
One of the highlights of a trip to Thailand is the chance to sample some of the local food. A [survey conducted by CNNgo](http://www.cnngo.com/explorations/eat/worlds-50-most-delicious-foods-067535?page=0,2) last year into the world’s 50 most delicious foods had Thai Massaman curry in first place – other Thai dishes performed well and [Tom yum gung](http://en.wikipedia.org/wiki/Tom_yum) finishing in 8th place. Most cities around the world will have at least a few Thai restaurants, but the dishes served in these establishments tend to be underwhelming when compared with the real thing. 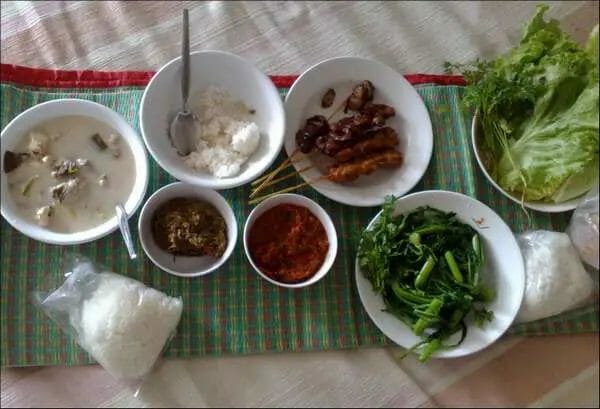 ## Thai Food Festival in Chiang Mai – June 2012 ##
Visitors to Chiang Mai will have the opportunity to sample the top local culinary delights in June. This event is being organized by the [Tourism Authority of Thailand](http://www.tourismthailand.org) (TAT). It is the same Thai Food Festival that took place in Bangkok in March 2011 and in Pattaya during May of this year. Both of these events were a success so the arrival of the Thai Food Festival in Chiang Mai is something to look forward to. The motivation for TAT hosting this festival is to promote tourism and appreciation for what Thailand has to offer the foreign visitor.

## What to Expect at the Thai Food Festival 2012 ##
The aim of the Thai Food Festival is to showcase the unique and [interesting characteristics of Thai food](http://news.xinhuanet.com/english/culture/2012-06/10/c_131642995.htm). Food from the [four regions of Thailand](http://thainews.prd.go.th/en/news.php?id=255506100007) will be available from 40 stalls, and the festival will be divided into six zones which will include:

* __Isan Exotic__ will showcase food from the Northeast of Thailand. The food from this region tends to be spicy – with [som tam](http://en.wikipedia.org/wiki/Green_papaya_salad) being the most well known dish.
* __Miracle of the North__ will give visitors the opportunity to sample some of the less well known dishes from this region surrounding Chiang Mai. There is far more to northern food than _nam phrik oong_ on a _khan toke_ tray.
* __Amazing South__ dishes tend to be hot and coconut is a common ingredient.
* __Heart of Central__ includes some of the most famous Thai dishes including _Tom yum gung_ and [massaman curry](http://en.wikipedia.org/wiki/Massaman_curry).
* __[Royal Project Products](http://www.travel-impact-newswire.com/thailands-unique-royal-projects/#axzz1xSFin339)__ are promoted by his majesty [King Bhumibhol Adulyadej](https://chiangmaibest.com/thai-holidays-festivals/kings-birthday/) and his family in an attempt to encourage self sufficiency in rural areas.
* __Taste innovations__ is dedicated to some real interesting and experimental Thai dishes.

As well as a full range of dishes there will also be the best of Thai fruits and other surprises. There is a stage with [various entertainment and events](http://inter.tourismthailand.org/home/banner-info/banner/574/), including a cooking contest, held throughout the three days.

## How to Get to the Thai Food Festival 2012 ##
The Miracle of Thai Food Festival will be taking place at [Central Plaza Chiang Mai Airport](http://www.centralplaza.co.th/Index-en.aspx) between the 15th and 17th of June 2012. This is one of the largest department stores in the city and it is situated on [Mahidol Road](http://www.centralplaza.co.th/aboutus-en.aspx#chiang). The stalls will be open during shopping hours (Friday 10:30 am to 9pm and Saturday to Sunday 10am to 9pm). There is a [Facebook page](http://www.facebook.com/miracleofthaifood) dedicated to the Miracle of Thai Food festival but the information so far is limited and in Thai.

P.S., don’t forget all the fantastic Thai food available at all the outdoor markets as well…