## Importance of Staying Hydrated in Southeast Asia ##
The weather in Southeast Asia is usually much different than what foreigners are used to at home. The majority of tourists are not familiar with dealing with the heat, and this can lead them into trouble. One of the most serious problems is heat stroke but even mild [dehydration](http://www.ncbi.nlm.nih.gov/pubmedhealth/PMH0001977/) can make life uncomfortable. It is therefore vital that people make an effort to stay hydrated during their stay in Southeast Asia – otherwise it could end up completely ruining their adventure. 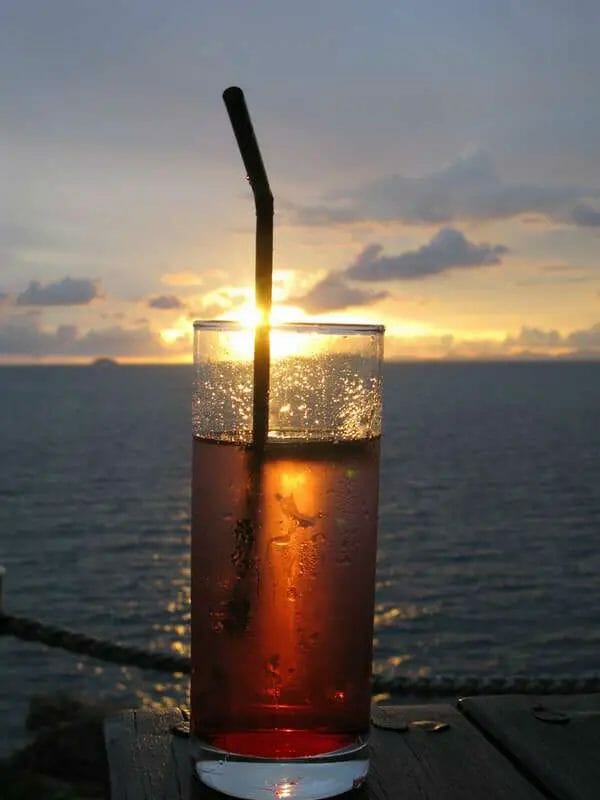 ## Dangers of Becoming Dehydrated ##
Becoming dehydrated in the tropics is dangerous for a number of reasons such as:

* It can lead to heat exhaustion or heat stroke – the latter can be a fatal condition.
* When people are dehydrated it can cause them to feel tired and irritable. This is not a good way to experience a holiday.
* It makes it difficult to concentrate on anything. Some people are chronically dehydrated and complain of fogginess in their thinking without realizing the cause.
* It can lead to constipation.
* It causes people to lose their appetite.
* It leads to low blood pressure.
* Those who are chronically dehydrated may regularly suffer from headaches.
* It leads to dry skin.

## Symptoms of Heat Stroke ##
One of the more serious consequences of dehydration in the tropics is the possibility of heat stroke. This is a [form of hyperthermia where the body becomes excessively hot](http://www.medicinenet.com/heat_stroke/article.htm). This is a potentially fatal condition and anyone who has developed heat stroke needs to be treated as a medical emergency. The symptoms are:

Closely related to the heat stroke is heat exhaustion. This condition can quickly lead to heat stroke so it needs to be treated quickly. The symptoms of [heat exhaustion](http://www.mayoclinic.com/health/heat-exhaustion/DS01046) include:

If the individual is suffering from heat exhaustion the immediate action should be to:

* Drink cool fluids – not alcohol or caffeine
* Move to a cool place – preferably somewhere that has air-conditioning.
* Loosen any clothing
* Take a cool shower or apply cold water to the skin.

## Alcohol and Dehydration ##
Drinking too much [alcohol can actually lead to dehydration](http://www.livestrong.com/article/309477-the-effects-of-alcohol-caffeine-on-dehydration/). This is because these drinks are a type of [diuretic](http://en.wikipedia.org/wiki/Diuretic) – this means that they cause people to urinate. This explains why people wake up after a heavy night of drinking feeling thirsty. Even though they drank a great deal of fluid the night before the diuretic effects of alcohol means that they urinated more than they took in – this is why they are now dehydrated. If people drink alcohol while sitting in the sun it can quickly lead to dehydration and possibly heat stroke.

## The Thai Way of Staying Hydrated in the Tropics ##
Thai people have grown up in the tropics so they have developed useful strategies for dealing with the heat. Those who arrive in Southeast Asia from other climates can learn a great deal from the locals. Some of the strategies used locally include:

* Having showers throughout the day. Most Thai people will have a shower in the middle of the day as well as in the evening or morning.
* Thai people tend not to rush around too much in the heat but instead take it nice and slow. This is because doing too much in the heat can soon lead to dehydration.
* The Thai _jai yen yen_ approach to life means that they stay calm and not overly worked up over things. Becoming angry and upset causes the body to work harder and this can lead to a loss of fluid.
* The locals have been expert at making the most of any available shade. This means that they know how to stay cool even when the sun is splitting the stones outside.
* Most Thai people understand the dangers of dehydration so they are careful to always drink plenty of fluids.

## Other Ways of Keeping Hydrated in the Tropics ##
There are other things that the individual can do to avoid becoming dehydrated including:

* Avoid drinking alcohol if outside during the day. If people really do want to drink alcohol they should also drink water as well as this will help them to stay hydrated.
* It is best for people to always take a bottle of water with them wherever they go.
* It is particularly important that those who wish to go walking for a distance, hiking, running or bicycling should take along some fluids. It is also best to keep such activity to the early morning or early evening when the sun isn’t too strong.
* Those individuals who have a hangover should be careful to drink plenty of fluids the next day. This is because they are likely already dehydrated.
* Some people suggest that drinking a few glasses of water after a heavy night on the town can eliminate dehydration the next day.
* Sports drinks are particularly good if people feel they are becoming dehydrated. The reason for this is that they replace salts lost though sweating.
* If people have diarrhea or been vomiting they should avoid going out in the sun. This is because they are likely to be already dehydrated.