Thailand celebrates Chakri Day, on the 6th of April. This day signifies the founding of the Chakri dynasty which spans more than 200 years when Bangkok was first established as the capital. 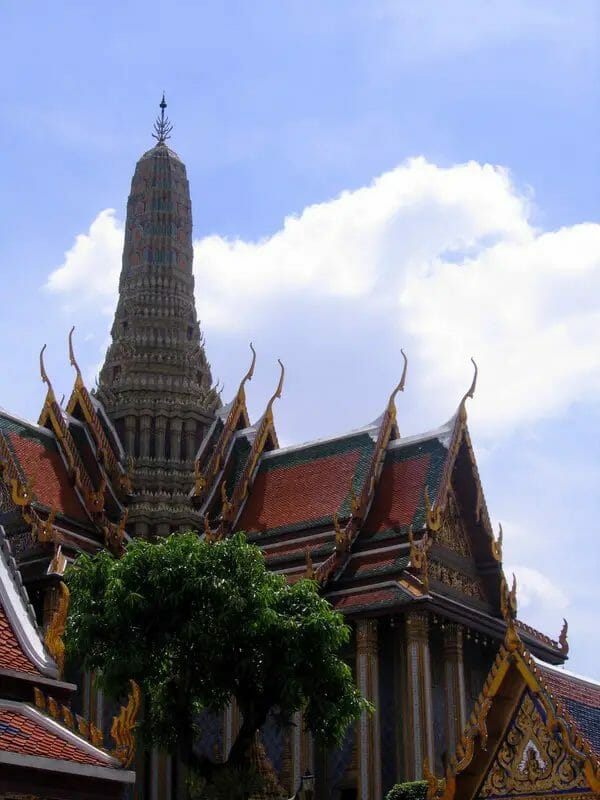 _The Prasat Phra Debidorn building, is also called the Pantheon. The interior, which is only open to the general public on one day each year, Chakri Day (6th April), contains life-size statues of the first eight kings of the Chakri dynasty (the present monarch King Bhumibol is the ninth member of this dynastic line)._

His Majesty the King Bhumibol Adulyadej is the 9th king of the dynasty and the longest reigning monarch in the world. Ceremonies will be held at Temple of the Emerald Buddha and other temples throughout the country to mark this auspicious day.

__Banks, commercial and government offices will be closed.__

While not an outright Buddhist holiday, Chakri Day is an important observance for modern Thailand. It celebrates the founding of the Chakri Dynasty. [King Bhumipol Adulyadej](/thai-holidays-festivals/kings-birthday/), or King Rama IX, is the ninth monarch of this noble lineage.

## Founding of the Chakri Dynasty

The 6th of April is Chakri Day in Thailand. It is a celebration of the [House of Chakri](http://en.wikipedia.org/wiki/Chakri_Dynasty) from which the current royal family originates. The first of the Chakri dynasty was [Rama I (Chao Phraya Chakri Buddha Yodfa Chulaloke)](http://en.wikipedia.org/wiki/Buddha_Yodfa_Chulalok) who became king of Siam on the 6th of April 1782. One of Chakri’s first acts was to establish Bangkok as the new capital.

Today, Banks, schools and government offices close, but most other businesses are still open. Thai people may light incense and lay wreaths of flowers at prominent statues of King Rama I.

The current king of Thailand is [Rama IX (King Bhumibol Adulyadej the Great)](https://chiangmaibest.com/thai-holidays-festivals/kings-birthday/) who has reigned in Thailand since 1946.

Chakri day commemorates the coronation of Rama I, but it is also to recognize the contributions of all the kings in this dynasty. It is usual for the people of Thailand to celebrate this day by expressing their thanks to the kings of the Chakri dynasty. They often do this by [putting flowers on statues of Rama I](https://chiangmaibest.com/thai-holidays-festivals/chakri-day/). The royal family also performs a special ceremony to pay respects to their ancestors. Government offices, some schools, and banks close, but most other businesses open as usual on this day.