Wan Asana Bucha and Wan Khao Pansa are very important Thai Buddhist holidays that fall next to each other, usually in July.

– In 2017, Wan Asana Bucha is on Saturday, 8 July 2017 and Wan Khao Pansa on Sunday, 9 July 2017. This creates a long four-day weekend (Monday is a substitute holiday for the Saturday Khao Pansa), where many businesses, government offices, schools and the like will be closed. There will be restrictions on Alcohol sales as well (for Friday and Saturday). There will be many activities around the temples, predominantly listening to sermons, making merit, feeding of monks, wiang tien, etc. 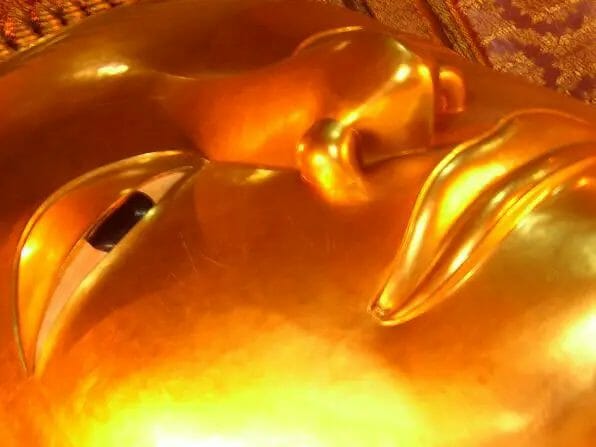 The day before Wan Khao Pansa is known as Asanha Puja (วันอาสาฬหบูชา) Wan Asana Bucha in Thai (pronounced *wan ah sa ha boo cha*). This commemorates the Buddha’s first sermon in the Deer Park at Benares ([Varanasi](http://en.wikipedia.org/wiki/Varanasi)) in India. In this sermon, known as _Setting the Wheel of Dhamma in Motion_, the Buddha first spelled out the Four Noble Truths and the Noble Eightfold Path. This day is also regarded as the founding day of the Buddhist sangha (monkhood).

Many Thai people will return to their ancestral homes to worship in their local temple and to bring offerings for the monks. In the evening they will often perform a wian tian, where they walk clockwise around the main shrine of the temple carrying a candle, three incense sticks and a lotus bed. During the day, monks chant mantras or repeat the first sermon of the Buddha.

Wan Khao Pansa (วันเข้าพรรษา) means _the day of entering the rains retreat._ This is a three-month annual retreat usually undertaken from July to October, during which monks must stay at the same temple, and refrain from wandering around the countryside. In India, it is known as [Vassa](http://en.wikipedia.org/wiki/Vassa). It begins on the day after Asana Bucha. The tradition dates from the time of the Buddha, when he forbade monks to travel during the rainy season for fear that they might unintentionally harm crops or insects in the places where they walked.

## The Rains Retreat in Thailand

In Thailand, monks use the retreat to meditate more intensively. Lay people will often use this period to adopt more ascetic practices, abstaining from meat, alcohol or cigarettes, for example. Wan Khao Pansa is often referred to as _Buddhist Lent_, as its emphases on reflection and self-denial bear outward resemblance to the Christian Lenten period (though pre-dating it by over 500 years). It is also a time when many young Thai men ordain and join the monkhood for part or all of the period of the rains retreat. This is a traditional rite of passage for most young Thai men, and it creates valuable merit for the whole family.

## Buddhist Lent Festival
[Ubon Ratchatani](http://en.wikipedia.org/wiki/Ubon_Ratchathani) is arguably the best place to enjoy this festival. Celebrants make giant candles and parade them through the streets along with floats depicting scenes from Buddhist and Hindu mythology. The floats are made of wood or plaster, but are coated with wax so that they fit with the candle motif. Each float and candle represents a specific temple in Ubon Ratchatani.