[Phi Ta Khon (ผีตาโขน)](http://en.wikipedia.org/wiki/Phi_Ta_Khon) is the most popular festival in Loei province in the Northeast of Thailand (Issan). It is held in Dan Sai district and lasts for three days. The date for this event changes each year, but it is always sometime between March and July. The exact date is determined by two mediums (mor pii/หมอผี ) – Jao Por Guan and Jao Mae Nang Tiam. This event is part of a larger celebration known as _Bun Luang_ which also includes Bun Bang Fai (the rocket festival).

Usually the first weekend after the 6th Full moon of the year, in 2017 this is from the 24th to the 26th of June in 2017. The main parade will take place on Friday, while additional events will be organized in the local temple on the weekend. 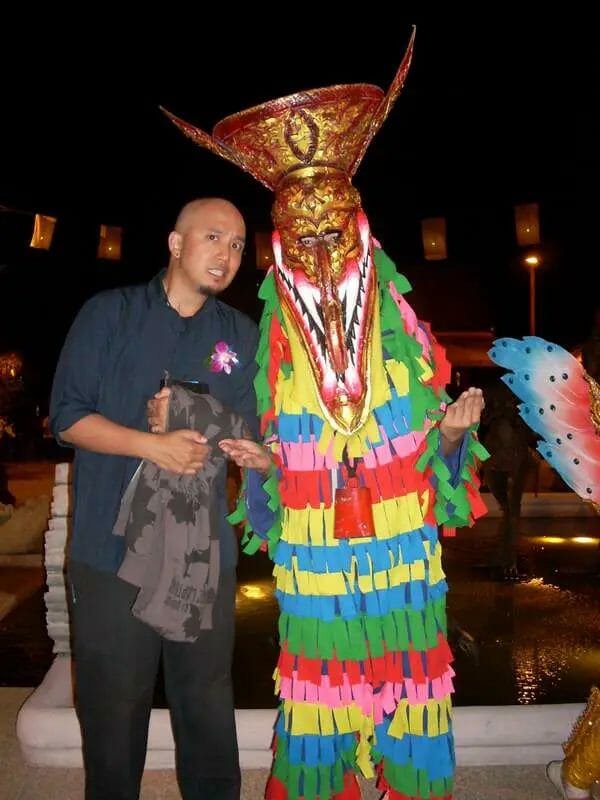 The Phi Ta Khon festival includes a mixture of both [animist](http://en.wikipedia.org/wiki/Animism) and Buddhist beliefs. It is based on the [Jataka tales](http://en.wikipedia.org/wiki/Jataka_tales) which are stories of the previous lives of Siddhattha Gotama before he became the Buddha. In his penultimate lifetime before becoming awakened he was a prince known as Vessandara. Phi Ta Khon marks the time when this prince returned to welcoming parade in his home city – prior to this he had been banished for giving away a Royal elephant. The homecoming was so joyous and important that even the [spirits of the dead](http://www.thaifestivalblogs.com/festivals-of-thailand/phi-ta-khon-festival.html) decided to attend. It is this coming together of the dead and living that is commemorated by Phi Ta Khon – the aim is to recreate that colorful day when Prince Vessandara was welcomed back to his home city.

## What to Expect at the Phi Ta Khon Festival

The first main day of _Bun Luang_ is called _Wan Ruam_ (the day of the gathering). This is when the locals dress up in flamboyant costumes and scary masks so they look like ghoulish ghosts. The costumes are all handmade using strips of colorful cloth and they tend to be quite inventive – each person is trying to outdo the others. The masks are made from dried stick rice husks that are then painted to look like the faces of demons – they usually have a long pointed nose. There is a parade through Dan Sai which is great fun to watch – it gets quite boisterous. The local children love this event, and they like to get involved in the action.

The second day is _Bun Bang Fai_ (บุญบั้งไฟ). There is another parade after which rockets are blasted into the sky. This is another fun occasion with plenty of dancing and merriment. The rocket festival is not unique to Dan Sai – it occurs elsewhere in Northeast Thailand as well. The purpose of firing these rockets into the sky is to encourage the rain to come. June is just before the planting season so lack of rain would be a disaster. As part of the celebrations there are also different competitions – including the best dressed ghost.

The last day of _Bun Luang_ is a more spiritual affair. It is common for people to [attend Wat Ponchai](http://www.thailandlife.com/thai-festivals/the-ghost-festival.html) where they listen to 13 sermons about the Lord Buddha.

[Dan Sai](http://en.wikipedia.org/wiki/Dan_Sai_District) is a relatively small town that gets crowded during the Phi Ta Khon festival. People travel here from all over Thailand and from international destinations to enjoy the event. If people fail to book accommodation well in advance they will end up disappointed. Many visitors stay in nearby Loei City which is about 80km away. It is also possible to travel relatively easily to the festival from Phitsanulok or Phetchabun. The nearest airport to the event would be in Loei. There are busses from all the local towns and cities to Dan Sai.