Muay Thai – no other sport is more synonymous to the ‘Land of Smiles’ than this version of kickboxing. But what are the key differences to regular kickboxing as we know it from movies and the sport channel? And where can you train Muay Thai in Chiang Mai? If you’re keen on finding that out, read on! 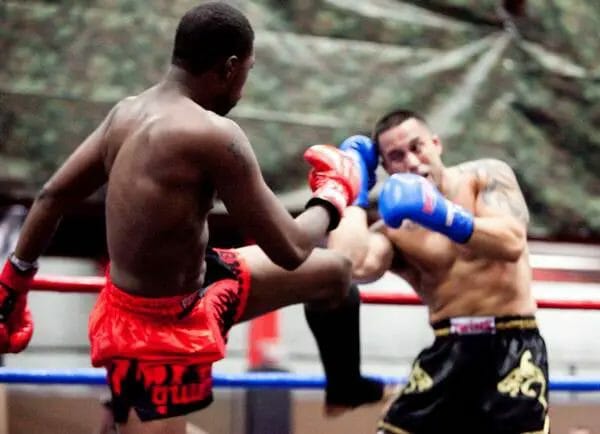 The history of Muay Thai dates back to the 13th century, an era known as ‘Sukhothai Period’. Due to ongoing tensions between Thais and its neighbours Burma and Cambodia, locals –especially from villages- were forced to develop effective methods to defend themselves. As no ‘real’ methods were in place, Thais started developing hand-to-hand techniques as well as combinations of punching and kicking.

Over the following centuries, Muay Thai became an important part of the Thai military and more and more part of the country’s culture. Even the royal family of Thailand started getting interested in Muay Thai: thanks to King Rama V, who was an avid supporter and fan of Muay Thai, the sport made its “breakthrough” and eventually became a fix part of Thailand’s history. He was credited for being the first ruler ever to organize the first training camps with provisions of accommodation and food. Moreover, he also started the first competitions between these camps. In 1921, under the reign of King Rama VII, the first Muay Thai stadium in Thailand eventually opened on Saiped Road in Bangkok.

Muay Thai in the west:

It is widely believed that Muay Thai was introduced to Europe during WWI through Thai troops based in France. The French became quickly interested in Muay Thai and participated as well in competitions.

Now, Muay Thai is Thailand’s national sport and celebrated like soccer in Germany or basketball in the U.S. The sport gained huge popularity over the past decades with now thousands of gyms around the globe and annual held World Championships hosted by the World Muay Thai Federation.

The difference to regular kickboxing

Kickboxing is a combat form that combines kicking and punching. Its base techniques are taken from Karate and infused with boxing elements. Kickboxing gained an immense popularity through many western (north American) Action movies.

Muay Thai is also called ‘The Art of the Eight Limbs’, a concept that uses a combination of both hands, elbows, legs and knees. In comparison, Kickboxing uses a so called four-points-system which uses kicks and punches only. The usage of knees or elbows while performing kickboxing would lead to immediate disqualification. The same goes for grappling which Muay Thai allows but Kickboxing not.

The ‘Wai-Kru Ram Muay’, a traditional dance held prior to a fight. The first official Muay Thai competitions were fought in front of the king – it was to apologize to the king for fighting in front of him.

Endurance – Muay Thai training sessions consist of jumping rope, pad work, shadowboxing and of course, ring training. It’s an excellent way to improve your cardiovascular system and further, you will maintain a heart rate at 75% to 85 % regular beat.

Weight Loss – Needless to say that regular Muay Thai training will quickly result in weight loss. It’s common that many trainees, especially foreigners, are looking for a rapid natural weight loss program. The permanent movement results in fat loss plus strengthen your arms, legs and stomach. A single session results in burning 400-500 calories!

Stress Relief – Muay Thai helps you detaching from daily stress and helps you to keep focus on yourself. In addition, you gain discipline, you get a strong mind and you’re able to understand and focus on your own health.