[Magha Puja](http://en.wikipedia.org/wiki/Magha_Puja) (มาฆบูชา) (Makha Bucha) is an important Buddhist religious festival, celebrated in Thailand, Myanmar, Laos and Cambodia. Magha is a Pali and Sanskrit word meaning _the third lunar month_, and Puja is a word in the same language that means _to venerate or honor_. It is pronounced in Thai as _Makha Bucha_. 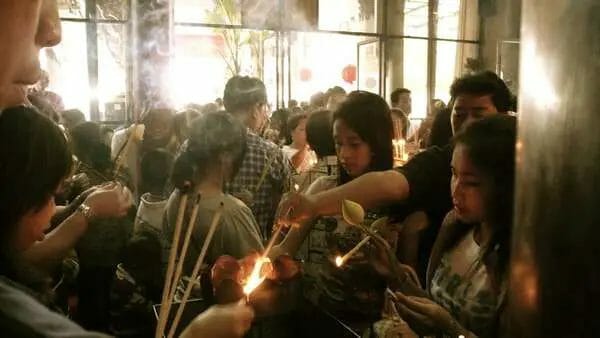 Magha Bucha celebrates a day nine months after the Buddha’s enlightenment. He was staying at a monastery in Veluvana, or the Bamboo Grove, near Rajagaha in northern India. On this day, the full moon day of the third lunar month, a thousand monks decided to visit him to pay their respects. Simultaneously, and without any advance warning, another group of 250 monks from various places, and under various leaders, also decided to visit him. The Buddha used this opportunity to give an important sermon, in which he laid down the three fundamental teachings of Buddhism. These are:

Makha Bucha is observed in Thailand as a public holiday, and most Thai Buddhists will go to a temple to pay their respects to the Buddha. The daytime has people visiting the temples and performing merit making and listening to sermons. On the evening of Makha Bucha, candlelight processions or _wian tian_ of monks and lay people will circle the main hall of the temple clockwise three times. Each devotee will carry flowers, a candle and a lighted incense stick. The three circles symbolize the Three Jewels of Buddhism, namely the Buddha, the Dhamma (or teaching) and the Sangha (or monkhood).

Thai Buddhists perform _tam boon_ at their temple, making merit by taking part in temple activities and by contributing money, clothing, food and other gifts to the temple and its monks. Many people will attempt to observe the [Five Precepts](http://www.mbmc.iirt.net/books/bys007.htm), even if only for a few days. These are:

In addition, some Buddhists will also observe a further three [precepts](http://web.singnet.com.sg/~alankhoo/Precepts.htm), which are:

Buddhists observing the eight precepts will normally wear white clothes, and many will eat only vegetarian food during this period. In line with the religious nature of this holiday, tourists will often find that bars are closed on Magha Puja day, and that many restaurants will not serve alcohol.

## The Thai King and Makha Bucha

Although all religions are tolerated in Thailand, Buddhism is the official religion of Thailand, and the King, as Head of State, takes part in special ceremonies on this day. He invites thirty monks to breakfast at the royal palace, after which they chant mantras and repeat the sermon of the Buddha. Following this the King will light 1,250 candles to represent the monks who were present on that special day 2,500 years ago. These ceremonies are usually broadcast live on TV. 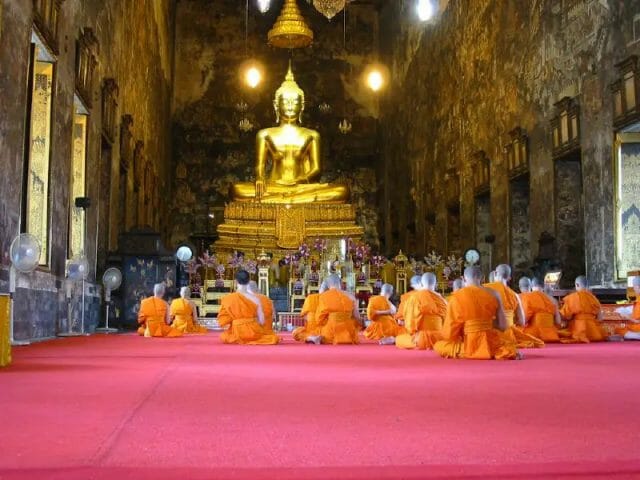