Mahidol Day is held each year on September 24 in remembrance of Prince Mahidol who is honored in Thailand as the father of modern Thai medicine. He was the father of HRH King Bhumibol Adulyadej, the King of Thailand.

Prince Mahidol is best known as the _doctor prince_. His highness studied public health at Harvard University, and he later gained an MD from the same institution. He worked tirelessly to improve medical and public health care once he returned home to Thailand.

Prince Mahidol was the son of [King Chulalongkorn (Rama V)](http://www.thailandlife.com/thai-culture/king-chulalongkorn-the-great.html). He was born in 1892 and grew up in the [Grand Palace](http://en.wikipedia.org/wiki/Grand_Palace) in Bangkok. He attended Harrow School in London for his secondary education. When he was thirteen years of age he was bestowed the honor of _Prince of Songkhla_. His highness received military training at the Royal Prussian Military Preparatory College where he was considered an exceptional student. When he returned to Thailand in 1914 he was given a teaching post at the Royal Navy Academy.

The young prince seemed to be destined for a distinguished military career, but he developed a deep interest in medicine. He was close to his half brother the Prince of Rangsit, who was then in charge of the Ministry of Health, and they would often discuss the health care situation in Thailand. They were both concerned about how far the country lagged behind western countries, and they knew that the people deserved better. Prince Mahidol felt a deep calling to put this situation right, and he devoted the rest of his life to achieving this aim.

In order to be better able to help improve the situation in Thailand the prince decided that he would need further academic qualifications. He decided to attend Harvard University in 1920 and while there he earned a [certificate in public health](http://www.thaiwaysmagazine.com/thai_article/2111_mahidol_day/mahidol_day.html). Prince Mahidol also provided funding for two medical students to accompany him to Harvard, and his mother the Queen paid for two nursing students. This meant that when the team returned home they had a good understanding of how things worked in the West. They were then able to apply their understanding to improve things in Thailand. In 1925 he returned to Harvard as a medical student and he received his degree in Medicine in 1927.

After qualifying as a medical doctor in the US the prince was eager to put his skills to practical use. This was initially problematic because most of the Thai hospitals felt that it would be inappropriate for a prince to do an internship with them. In the end Prince Mahidol was able to achieve his ambition by choosing a western run hospital in Chiang Mai – McCormick Hospital. He quickly gained a reputation for being an exceptional physician who put in far more hours than could be expected of an intern. 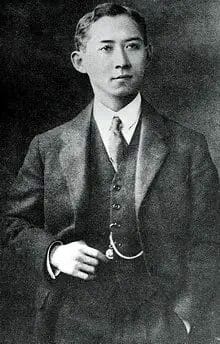 Prince Mahidol died of kidney disease on the 24 September 1929. His death came as a real shock to the people of Thailand who had begun to affectionately refer to him as _Mho Chao Faa_ – which can be translated as the _doctor prince_. The date of his death is now a national remembrance day for the _Father of Thai Modern Medicine_. It is not an official public holiday in Thailand but events take place across the country to celebrate his life. The Ministry of Health will organize special activities, and this can also be a day for medical professionals and medical students to remind people of the prince’s contribution to medical improvement in the country. There will also usually be some fund raising activities across Thailand and the money raised is used for noble medical causes.

The life of the father of modern Thai medicine is also commemorated by way of the [Prince Mahidol Award](http://en.wikipedia.org/wiki/Prince_Mahidol_Award). This is given annually to those individuals who have produced a notable medical or public health improvement. It involves a cash prize of $100,000, a medal, and a certificate. The winners come from every corner of the globe. [Mahidol University](http://en.wikipedia.org/wiki/Mahidol_University) was renamed on February 21, 1969 by King Bhumibol Adulyadej. He declared the name of the university to be changed to Mahidol University (MU) (Thai: มหาวิทยาลัยมหิดล) in honor of his father Prince Mahidol.