This April marks a special anniversary for the Rose of the North: its incredible 720th birthday!

Besides the annual celebration of the Thai New Year, which is better known as Songkran, a lot of festivals and events are held during the month of April. Countless smaller and bigger events around most temples happen every night, accompanied by music, traditional performances and colourful processions. 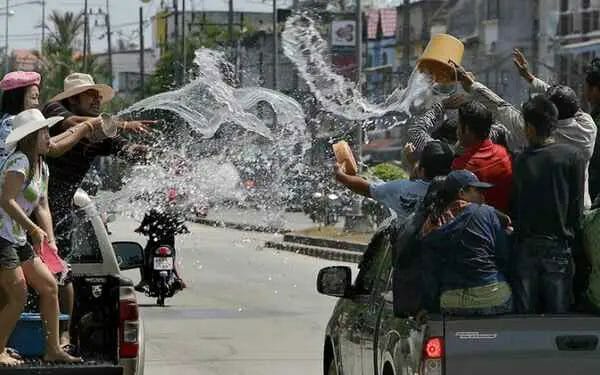 A brief history of Chiang Mai

Chiang Mai was officially established on the 12th April in 1296 as capital city of the Lanna Kingdom (which translates to ‘Million Rice Fields’) by King Mengrai. Prior to Chiang Mai, several other cities like Chiang Rai and Chiang Saen served as the capital for the kingdom, however, for brief periods only. The last noteworthy capital was Wiang Kum Kam which was founded just 15 years earlier by King Mengrai. Wiang Kum Kam was always hit by flooding from the Ping River which affected the entire city and was eventually completely destroyed by a heavy flood in 1294. This ancient city was hidden for nearly 700 years and was only uncovered in 1984. Its excavated ruins can be now seen roughly 5 km southeast of the Old Town, easily reachable via Chiang Mai-Lamphun Road.

Thanks to the effective and powerful leadership of King Mengrai, Chiang Mai became quickly a prosperous city, mainly known as important religious and cultural center. It was also the time when some of the most popular landmarks were built, like the city walls along with a series of well-known temples that still exist today such as Wat Chiang Man (the oldest temple in Chiang Mai) or Wat Chedi Luang.

About 200 years after its inception, the leadership of Chiang Mai heavily weakened which resulted in multiple invasions by Burma and Ayutthaya between the 16th and 18th century. The city was pretty much hit back then – many people left town and relocated to other places. At some times, the city was almost entirely deserted and felt into a state of disrepair.

The occupation finally ended in 1774 when King Taksin along with Chao Kawila drove the Burmese out of Siam. Having a new strong leader, Chiang Mai begun once again prospering: the city went under a massive reconstruction in addition to entering lucrative trade relations with China and, later, with Burma. Although technically being part of Siam, Chiang Mai enjoyed being an autonomous region until 1932 when it was fully incorporated as a province of Siam.

Chiang Mai enjoys now being one of the world’s best destinations for expats given the fantastic living conditions and value for money. Moreover, it has been several times in recent years on Trip Advisor’s list “25 Best Destinations in the World.”

There are tons of celebrations throughout the city until mid of April. Here’s a list of all events as advertised by Chiang Mai Municipality:

Songkran will be from 13th-15th April, speaking the entire city will transform into a battlefield for the world’s largest water-fight. In other words, be ready to get wet, dress accordingly and protect any electronic devices. Do make the effort to wake up early, visit temples and watch the traditional side of Songkran.