Northern Thai Food is mostly associated with the food which originates around Chiang Mai, the former Kingdom of Lanna. While some dishes gained quite a lot of popularity among Thais and are nowadays even available at different locations throughout Thailand, many dishes remain only available at local restaurants in and around Chiang Mai. Traditionally, northern Thai food is consumed at round tables, known as Khantoke tables.

We listed the Top 10 northern Thai dishes for you: 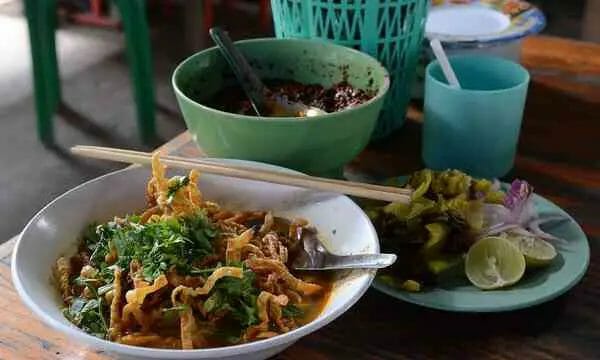 Khao Soi is widely considered as one of the most famous northern Thai dishes and one of the few you can get at other locations across Thailand. The base is a thick curry made from a blend of coconut, red curry, chilli and soy sauce, typically served in a bowl along with a slow cooked chicken drum stick and yellow egg noodles. 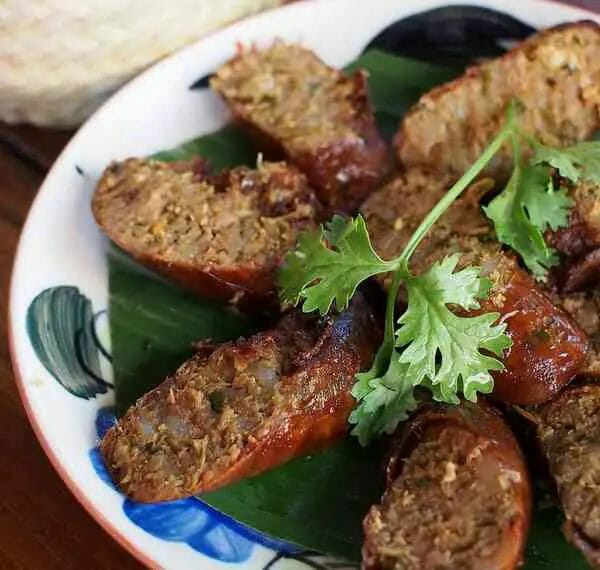 Another very popular dish from the North: Sai Oua, a pork based sausage which is famous for its spicy flavour. It combines a number of ingredients which are significantly used for northern Thai dishes such as lemongrass, chilli, ginger and kaffir lime leaves.

Best to eat at: straight at the market at Chiang Mai Gate in the morning 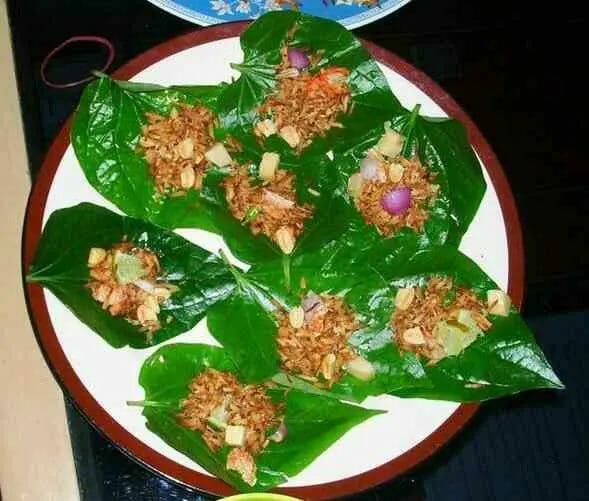 Miang Kham literally translates to ‘eating many things in one bite’ and is sort of the perfect food to get a first taste of northern Thai food. Create your very own snacks by mixing spicy, sour, sweet and salty ingredients such as peanuts, ginger, chillies, shallots, green mango and onions and wrap those in a Cha Plu leaf (similar to betel). Aside from restaurants, it’s also available on markets, however pre-wrapped. 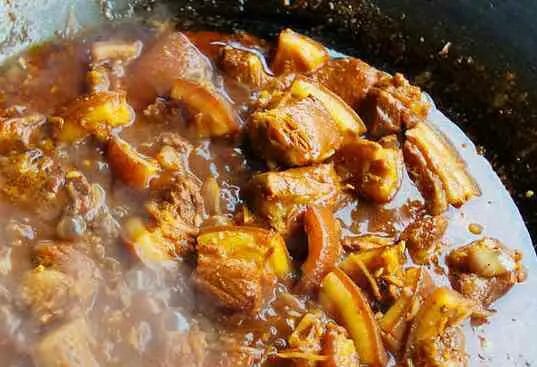 Kaeng Hang Lei – or Burmese Curry, how locals call it – reminds pretty much of a stew and consists of a sauce made from a blend of several spices such as ginger, tamarind, turmeric and garlic. The main ingredient however is a chunk of pork belly. Kaeng Hang Lei is yet another popular curry dish, but usually not as spicy as the above mentioned Khao Soi. 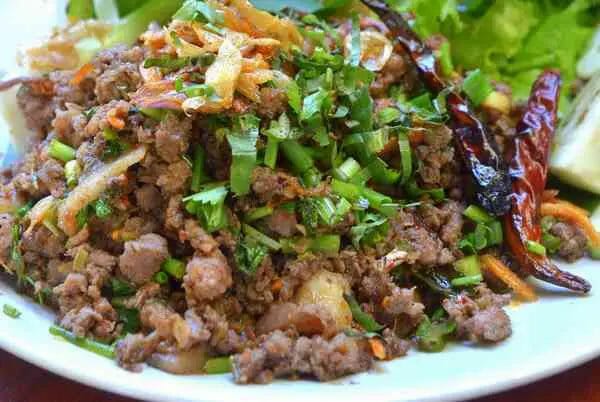 Laap is believed to originate in southwest China (Yunnan province) and different versions can be found now in Laos, northern Thailand (Chiang Mai region) and northeastern Thailand (Isaan). Laap is generally made of minced pork and around Chiang Mai it is mainly prepared with a rich blend of spices, eventually given the dish a spicy and very aromatic taste.

Best to eat at: available at most local restaurants

Aeb Pla consists of tantalizing fish fillets seasoned with a variety of spices, red curry and sweet basil, wrapped in banana leafs and then grilled. Usually Aeb is made from pork but Aeb Pla in particular stands out with its remarkable herb flavour and is definitely a version you should try. 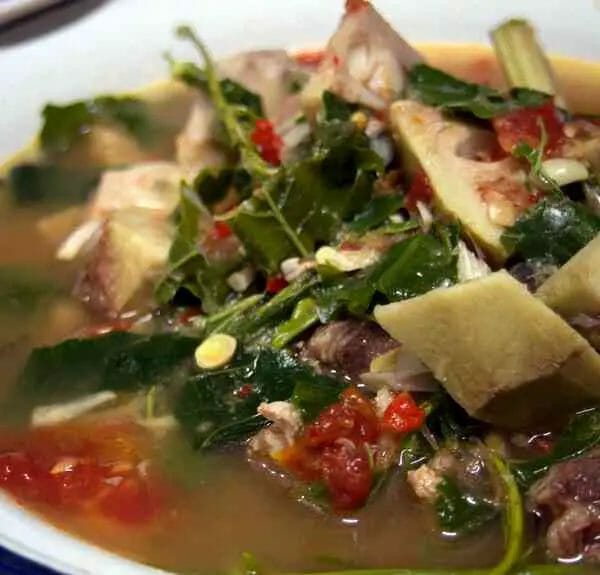 Kaeng Khanun can be seen as mix of soup and salad and for some Thais it’s the northern equivalent to Som Tam. Its flavours are mainly spicy and sour with a dash of fruit which obviously comes from the unripe jackfruit. Kaeng Khanun comes along with chunks of pork and cherry tomatoes, which are also very common for northern Thai dishes.

Best to eat at: available at most local restaurants 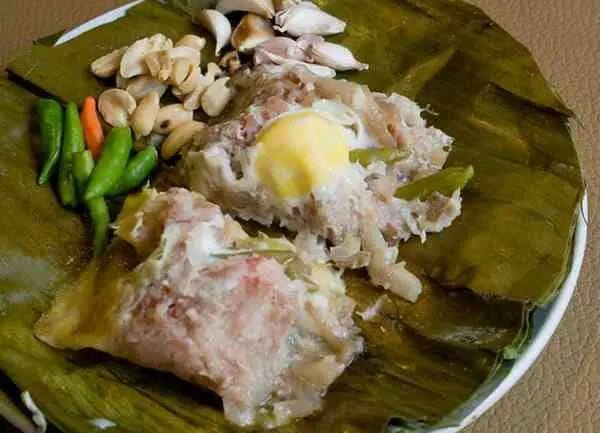 This sausage consists mainly of pig skin and fat, mixed with egg, salt and garlic, wrapped in a banana leaf and then served along with roasted peanuts and chillies. Although it features a mix of great flavours, most foreigners dislike the quite fatty texture. 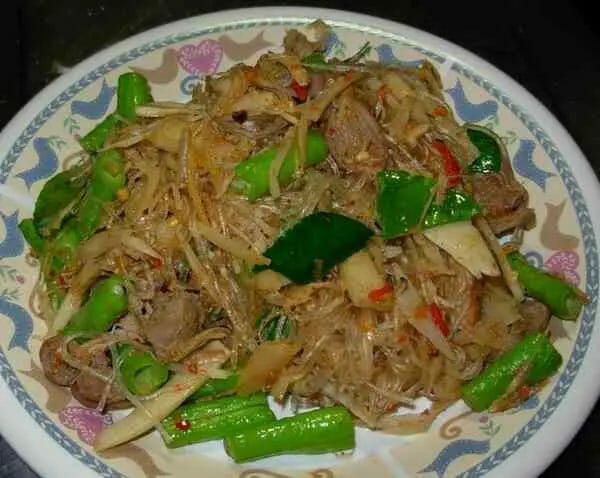 Back in the day, Gaeng Ho was prepared from leftovers from the day before, then taken and stir fried up. If you consume this dish today at two different restaurants, don’t be wondered though if they use lots of different ingredients. Gaeng Ho consists mostly of various vegetables, vermicelli style noodles and curry/chilli paste.

Last but not least, a soup made it to our list! This soup which has the incredible Thai name Kaeng Pak Wan Kai Mode Daeng contains of delicious glass noodles, sweet leaves and ant eggs (yep, you read right!) and has overall a mild, sweet flavour.